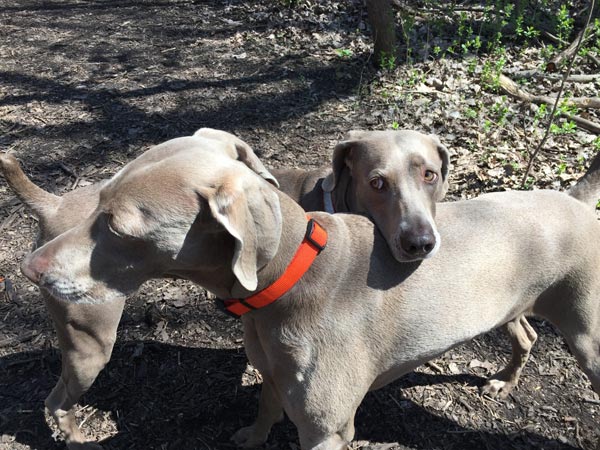 When most couples are in love and are about to get married, the last thing they want to discuss is a pre-nup agreement. They are in the midst of feeling that rosy glow of being in love and believe their love will last forever. But according to the American Psychological Association, forty to fifty percent of marriages end in divorce. The rate is even higher among people who marry again.

I hope this statistic will encourage any couple who own a dog – married, engaged, or just dating — to consider signing an agreement that will state clearly as to who gets the dog or how the dog will be shared if the relationship ends.

I know for many happy couples, this may seem like a strange idea, but over the last few years, I have seen a number of couples go through the stress and the heartbreak as to who gets the dog or how the dog will be shared when they break up. This is often a traumatic experience. In the last couple of decades, the family dog has risen in the hierarchy of the family structure. In many families, the dog is no longer seen as merely a pet but rather as a member of the family.

There are many cases where a couple will be fighting for legal custody of the dog. Often dogs become pawns just like children during the divorce process.

A number of issues arise for a couple who are going through a divorce and own a dog. In many cases, one person in the relationship may not want to share the dog with the other once they break up because they don’t want to have to see that person again. But if shared custody of the dog is decided by the court, then the couple are forced into the uncomfortable position of still having to see each other just like a couple who have children. There is also the situation when one of the mates in the relationship becomes possessive toward the dog and doesn’t want the dog to love the other person anymore.

About eight years ago, I had an engaged couple in my class who had bought a Cocker Spaniel together. From all outward appearances they seemed like a happy couple and they showered their dog with plenty of love. But after owning the dog for two years together, the man decided to break off the engagement a month before they were to get married. When they broke up, the man decided to keep the dog for himself and wouldn’t let the ex-fiancée see the dog again. Of course this woman was devastated not only because of the breakup, but also because she wasn’t allowed to see their dog again. But unfortunately, she had little recourse because they never signed an agreement as to who would get the dog or how the dog would be shared if they were to break up. I remember how distressed this woman felt. Every night she cried as she looked over the many pictures she had taken of the dog. This dog that was once so much a part of her life was now taken from her. I think she was more distressed about not seeing her dog again than not seeing her fiancée.

On a personal level, I went through a divorce a few years ago, and like most divorces it was a very stressful time. We owned three dogs together, and during the divorce process, my ex asked for shared custody for one our dogs. I didn’t want to agree with this because I felt this was a form of manipulation on his part. There was also a part of me that most couples feel – you don’t really want to see the person again after a break up. But I knew if we had shared custody with one of our dogs, then I would have to continue to see him. After spending thousands of dollars on legal fees, we went to court and the judge decided on shared custody.

Going through a break up is not only stressful on the couple, but also on the dog.

Before a break up, a dog is used to living in one environment, but if there is shared custody, the dog will have to spend time in a new environment and learn new patterns. Maybe the dog’s schedule changes in terms of the times he is fed or walked. The dog may no longer enjoy the same amount of attention due to all the stress of a divorce, particularly if the person who fought for shared custody isn’t home enough to spend time with the dog. There is also the issue if someone starts to date someone new – this new person may not like dogs or may resent the dog because the dog acts as a reminder of the previous relationship.

These types of scenarios usually add more stress on a dog. It often changes a dog’s behavior. The dog can start acting fearful or hyperactive by barking more or pacing around the house. And stress affects a dog’s health just as stress can affect a person’s health.

Never underestimate what a dog can feel or observe. I know dog owners, who have to travel a lot for their job, will see their dog bark as soon as they pull out their suitcase – the dog knows they are leaving for a trip.

In some cases when a couple breaks up, there aren’t any issues as to who will keep the dog. In those cases, it is usually because one of them has no interest in wanting to see the dog again. But from my experience, I have found such cases to be rare.

So to avoid any arguments and legal entanglements, when you and your spouse or significant other decide to own a dog together, have a discussion about who will keep the dog or how the dog will be shared in case you ever break up. If you are both planning to buy a pure bred, then both of your names should be on the AKC registration form. I strongly suggest doing this because this will prove co-ownership.

Even though the two of you may think that your love will last forever, nevertheless, you both should both sign such an agreement. It will save a lot of grief if something goes drastically wrong in your relationship down the road.

If you have your own story to share on this matter, please email me. I’d love to hear from you!